Rockledge, FL – While a new air conditioning system may not be high on your holiday wish list, if you live in Brevard County, Florida, you may want to reprioritize your list and buy a new A/C system before New Year’s. Why? FPL is slashing its A/C rebate program 65 percent effective January 1, 2015.

According to a spokesperson from Brevard Cooling and Heating, this sudden change could translate into thousands of dollars lost for customers who wait until 2015 to replace their systems. “One of our most popular 20 SEER systems currently results in rebates as high as $1930 from FPL. That same FPL instant rebate on December 31st would shrink dramatically the following day,” he said. “With the 65 percent rebate cut, that $1930 FPL instant rebate turns into just $660 when the year changes to 2015. In other words, a customer who qualifies for the $1930 instant rebate stands to lose $1270 by waiting until January first.”

According to a letter from FPL about the rebate program’s change, FPL has revised its rebate program standards in response to new federal manufacturing equipment standards for residential air conditioning. These standards raise the minimum energy efficiency standards from 13 to 14 SEER. Like the FPL rebates, the new federal standards are effective on January 1, 2015.

The US Department of Energy has established minimum SEER ratings for residential HVAC systems. Starting in January 2006, all residential HVAC systems sold in the United States had to have a minimum SEER rating of 13. The Department of Energy has since revised its standards. Notably, in 2011, it revised the standards to account for climate differences across the United States. The thinking behind imposing regional standards involves usage. For example, a central air conditioning system in Montana isn’t used nearly as much as one in Florida or Arizona. Thus, residents living in warmer regions should be required to have systems with higher SEER ratings than residents living in cooler regions where air conditioning is rarely used. On January 1, 2015, new standards will go into effect affecting residents in both the Southeastern and Southwestern regions.

Residents in Brevard County, Florida may qualify for an instant rebate from FPL if they buy an eligible air conditioning unit or heat pump, but how much that rebate is depends on the unit’s size, SEER rating, and purchase date.

Currently — and only until December 31st, FPL’s residential central air conditioning rebate payment schedule covers new air cooled central air conditioning systems and heat pumps in the 14 to 20+ SEER range along with water cooled systems in the 13 to 19+ SEER range. Current rebates range from $125 to $2100 per participant. The value of the rebate is based on the system’s size or cooling capacity in BTUs and SEER energy efficiency rating. The larger the system and the higher its SEER rating, the higher the rebate.

Qualifying systems installed on or after January 1, 2015 are subject to FPL’s new rebate schedule. The new rebate schedule covers a much narrower range of units with much lower rebates. Only systems with a SEER efficiency rating of 15.0 or above qualify for a rebate. 2015 rebates range from $75 to $718 per participant.

The spokesperson from Brevard Cooling and Heating said, “It’s important to note that 14 SEER systems will no longer be covered by FPL’s new rebate program. Ideally, customers seeking a 14 SEER system should call us to get on the schedule this month to ensure that they get a rebate — and a full one at that. If they wait until January, they’ll be hit with a double-whammy. They’ll have to pay more for a 15 SEER system in order to qualify for a rebate, and that rebate will be a fraction of what it would have been in December.”

In order to qualify for the higher FPL rebates, the systems must be purchased and installed by December 31, 2014. “The installation requirement adds even more urgency,” the spokesperson explained. “We expect our schedule to fill up fast due to the huge financial incentive to get these systems installed by the end of the year. With just 23 days left, potential shipping delays, and the holidays in general, we are encouraging all residents who want to take advantage of FPL’s current rebate program to contact us sooner rather than later.”

Who should consider replacing their air conditioning systems during this tight rebate window?

According to Brevard Cooling and Heating’s spokesperson, “Obviously, anyone who knows their air conditioning system is due to be replaced but has been putting it off should take a good hard look at doing it now. Why pay more? Waiting until after the year means losing money! We also recommend considering a new A/C unit if the current system is ten years or older. Energy efficiency has improved dramatically in the past decade. Replacing an inefficient unit with a new highly efficient air conditioning system can translate into much lower monthly utility bills. Again, waiting until 2015 in Brevard County is going to be costly thanks to FPL’s reduced rebate program.”

In addition to urging certain Brevard County residents to invest in a new air conditioning system before the rebate shrinks so that they can get the best bang for the buck, Brevard Cooling and Heating is offering 0% financing for anyone replacing a ten-year-old system (or older) — on approved credit.

With the FPL rebate set to shrink 65 percent in a matter of weeks, the time to buy a new air conditioning system is now.

Get a Free Quote 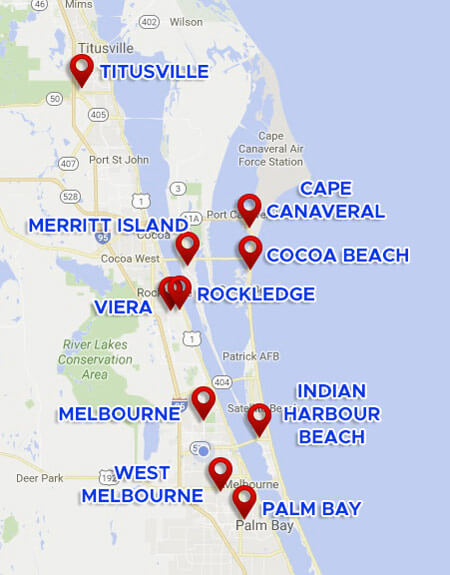 Send us your testimonial!


Testimonial Submitted!
You'll see it once it's approved.

Please let us know what day and time work best for you and we'll do our very best to accommodate your schedule.